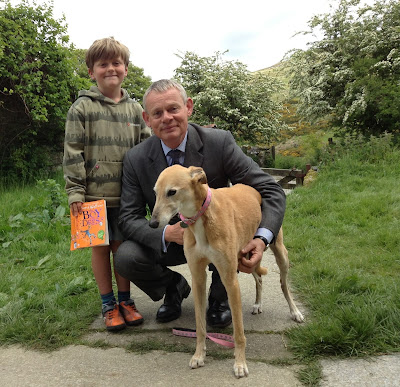 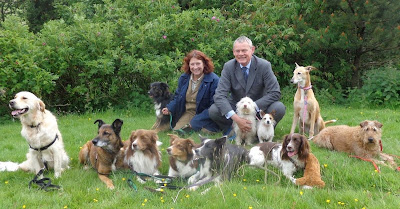 Three dogs owned by a veterinary nurse in Falmouth appeared on screen in ITV's Doc Martin this week, although one was singled out for a special part.

Ruth Collett, a nurse at Rosemullion, watched with pride on Monday as her dog Lulu played the part of recently rehomed rescue dog. Her two other dogs could be seen alongside ten other dogs from the Falmouth and Truro area who portrayed stray and unwanted dogs in kennels.

"The most difficult part for Lulu was to ignore Doc Martin as he stomps past her muttering angrily with another dog walking past," said Ruth.

Eleven-year-old Lulu, however, has always been a real start at Rosemullion. She was abandoned at the at vets when she was quite young and was adopted by Ruth. However, she is a regular visitor the vets' practice where she is a regular blood donor for very poorly dogs who are being treated at the veterinary hospital.

"She also helps out at puppy classes where she helps shy and timid puppies to socialise with adult dogs," said Ruth. "Lulu was chosen (for her role in Doc Martin) as she is very calm, well socialised and used to a veterinary environment.

"Lulu had a very long day filming but she had lots of treats, cuddles and kisses from both Martin Clunes and Caroline Quentin, who plays a vet in the show."