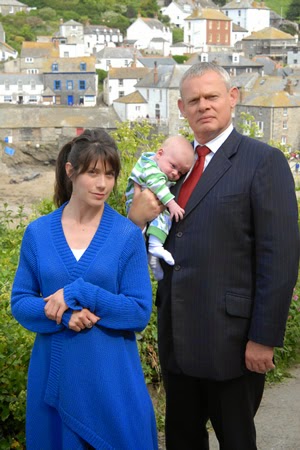 ITV has confirmed that filming is now under way on the new series of Doc Martin.

Series 7 of the hit comedy drama, which stars Martin Clunes as "Britain's favourite grumpy medic", will consist of eight episodes.

Filming has just begun on location in picturesque Port Isaac in Cornwall with "all regular members of the cast returning".

Doc Martin has built up a big audience since it was launched in 2004. The series attracts more than 9 million viewers in the UK and many more around the world.

Talking about the new series, ITV confirms: "Martin Clunes reprises his role as Dr Martin Ellingham, the GP with a brusque bedside manner and a phobia of blood, in eight new episodes of the ratings winning drama produced by Buffalo Pictures, and set in the idyllic, sleepy hamlet of Port Wenn in Cornwall.


Keep reading HERE at the British Comedy Guide.
Posted by Hod at 17:46