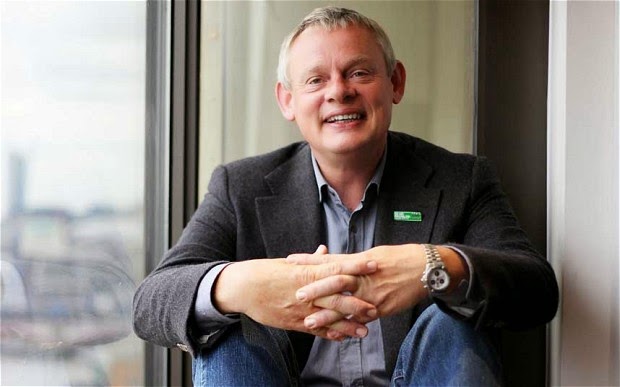 It seemed harmless enough. An innocent Q&A with Martin Clunes that appeared in The Telegraph on Friday seemed quite harmless on the surface. A nice bit about how he spends his rare ‘off-time’ (currently watching BAFTA-nominated films with wife, Philippa, who is not only on the BAFTA jury but also doubles as producer of Doc Martin), references to his four dogs, a Labrador, a Jack Russell, a Jackahuahua (a Jack Russell-Chihuahua cross) and an eight-month-old cocker spaniel, detailed weekend farm-maintenance chores, a bit about his horses, including riding his Clydesdales, and, after dinner, a good ‘ole game of horse monopoly. Then, buried deep within the Q&A was this bit of tidbit gold from the man himself…


Keep reading HERE at Tellyspotting.
Posted by Hod at 21:20