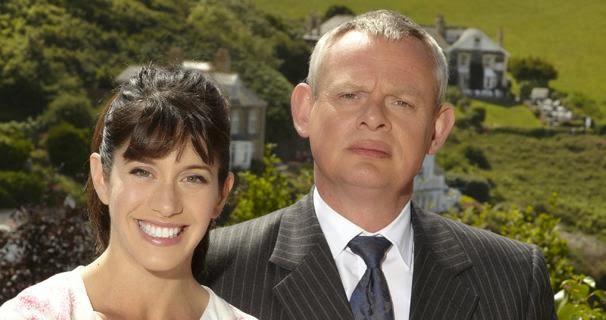 Filming is underway in Cornwall on the seventh series of Doc Martin, with Martin Clunes reprising the role of the curmudgeonly GP Martin Ellingham and Caroline Catz as his estranged wife, Louisa.
When the last series ended in 2013, Louisa had decided to take their son James Henry to live with her mother in Spain while they try to work out their problems.

Martin Clunes said: “I’m thrilled to be back on the beautiful north Cornish coast to shoot series seven of Doc Martin. The Doc has some serious work to do if he is going to persuade Louisa to come back.”

Also returning to Doc Martin are Ian McNeice, who plays restaurateur Bert Large, Joe Absolom, as his son Al, while John Marquez returns to play eccentric local police officer PC Joe Penhale, who generally creates more problems than he solves as he attempts to instill law and order into the community. In the new series he is getting to grips with a newly issued Taser gun, with disastrous consequences.

Keep perusing the article HERE at What's on TV.
Posted by Hod at 17:28