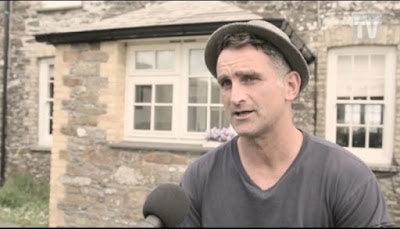 Doc Martin star John Marquez says his character Pc Penhale has decided it's time to take a wife and new Portwenn resident Janice is the woman for him.


John told What's on TV that he's become infatuated with Janice (Robyn Addison), who is about becomes the nanny to Doc Martin and Louisa's baby James Henry, so he tries to make himself known to her - with predictably amusing consequences.

What's on TV asked John if he's happy to see Penhale in love. "That’s a funny question, isn’t it, because as an actor I don’t mind, whatever keeps it funny and going well. I mean it would be kind of strange for Penhale to have some sort of success because he usually runs on being unsuccessful. At the same time it’s sort of opened up a nice opportunity to play a nicer, sweeter side to him and also, as well, just because you’ve met someone it doesn’t mean it’s going to go smoothly!"

John said he had no hesitation in returning to Doc Martin for series seven.

"It’s very well written for me. I immediately, as soon as I read it, I can visualise what I can do," he said. "Also it taps into my creative thing. Sometimes I go, 'If I say this or do that it will be even better', and [the producers] will always be really, really open because they know I know the character so well…

"It’s still creative for me, I guess that’s the answer, that’s why it’s easy for me to come back."