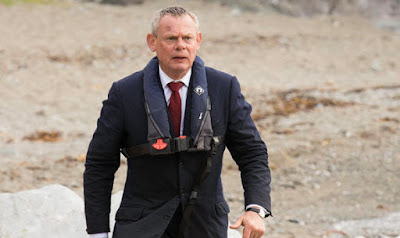 What happened in the last series?

His relationship with Louisa really deteriorated and at the start of the new series she and their son are living with her mother in Spain. Martin is miserable, but aware enough that if he wants to fix things, he’s got to change.

How does he do that?

His Aunt Ruth puts him in touch with a young psychotherapist, Rachel Timoney,and he and Louisa start going to couples therapy, which is as revealing about her as it is about him. It becomes apparent that she has some changes to make in her life too.


Martin is miserable, but aware enough that if he wants to fix things, he’s got to change

So how does it go?

He’s prepared to do anything to save their relationship, and diligent about them doing the various exercises they are given as a couple by the therapist.

As it progresses and doesn’t seem to be making much impact on them, the therapist says sometimes it is as important to break up well, as it is to stay together well. They both freak at the prospect that this could be the end.