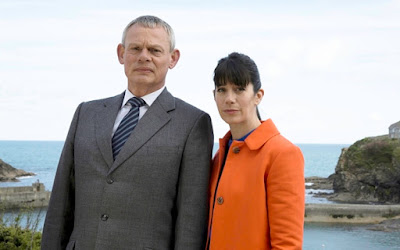 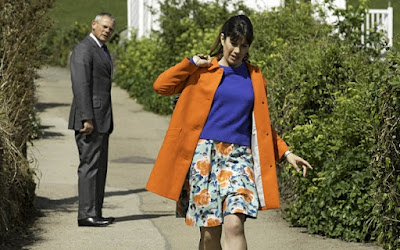 One of the beautiful things about Doc Martin (ITV) is the way you can dip into it and immediately feel welcomed back into the cosy fold of Port Wenn, with its ice-cream-coloured houses and charming seafront vistas, and its cast of bumbling eccentrics led by Martin Clunes’s curmudgeonly GP. Episode three of the current series slipped down just as easily as ever.

We found Dr Martin Ellingham (Clunes) seeking professional help in sorting out his personal issues. But Dr Timoney (Emily Bevan), the young and attractive new local therapist, seemed more keen on seeing both Martin and Louisa (Caroline Catz) together for couples therapy than on treating Martin alone. Louisa was less than happy about the idea that she might need help, but changed her mind after her affection for Martin was reignited while hearing him perform an emergency tracheotomy on a suffocating teenager, broadcast live on the community radio station.


The broadcast was accidentally enabled by well-meaning but hapless new local radio DJ Melanie (Rosie Cavaliero), failing to operate the sound desk and doing a marvellously funny turn as a female Alan Partridge. Apparently she joined the station after the previous radio host was sectioned (given the state of some of the other residents of Port Wenn, you did wonder why the NHS sectioning team stopped there).

The medical plots were as preposterous as ever, but the dramatic moment of the tracheotomy was as sharp as the Doc’s scalpel, an urgent and surprisingly moving scene that nicely tightened up the episode’s otherwise messy bundle of storylines.

And although there was no sign of the megawatt beam of superstar Sigourney Weaver, who was spotted filming a cameo in July, there was a lively enough mix of humour, sweetness and action to prove that Doc Martin can still hold its own without the need for Hollywood glitz.