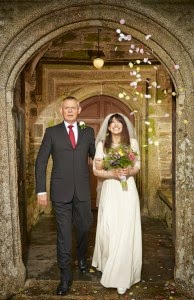 Close to 18 months after the show’s sixth season wrapped its run, ITV has confirmed that they have renewed the Martin Clunes fronted Doc Martin for a seventh season.

Eight episodes have been ordered for the show’s seventh season, which will see Doc Martin, still heartbroken by Louisa’s (Catz) decision to take their son James Henry to Spain, realise that he has got to make changes if he wants to win them back, and be a family again.