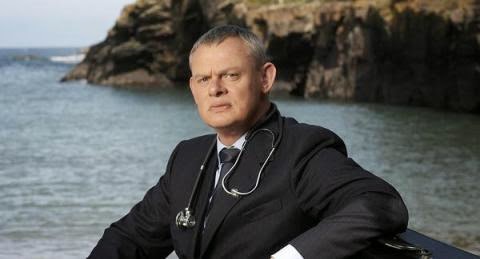 It’s official – Doc Martin Season 7 is coming! To be fair, we all sort of assumed this to be the case already – either through just general fannish intuition, blind hope or the fact that star Martin Clunes offhandedly referenced heading back to Cornwall to start production in a recent interview.

At any rate, it’s at least nice to have official confirmation – straight from the horse’s mouth as it were.  ITV has officially announced the start of filming on Season 7, along with a few choice details about with the future has in store for the residents of Portwenn next year.

The new season will once again be comprised of eight episodes.


Keep reading HERE at Telly Visions.
Posted by Hod at 21:37