Filming was held on the hill near the surgery. I wondered why “Doc Martin” didn’t employ the three-camera technique used for Hollywood sitcoms. In the tight squeeze of some of the locations in Port Isaac, I saw that one camera barely fit, let alone three.

Martin and Louisa are shown where to take their positions.

After the scene was filmed in one direction, the cameras moved to the opposite end of the roadway. What flashes by in a couple minutes on the screen takes a couple hours to film.

The filming schedule generally runs 7 a.m. to 7 p.m.  I admire the cast and crew for their stamina. Along with the film work itself, going up and down the steep hills of Port Isaac takes a great deal of endurance. 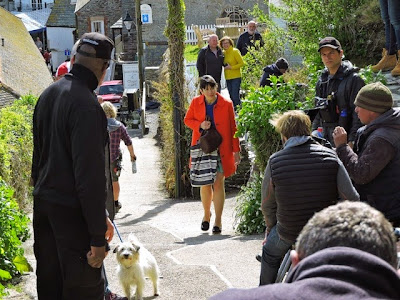 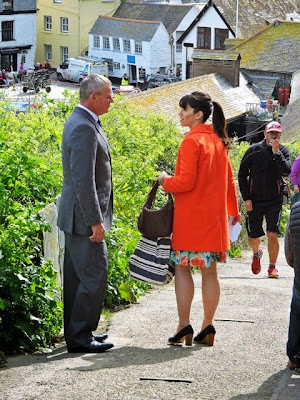 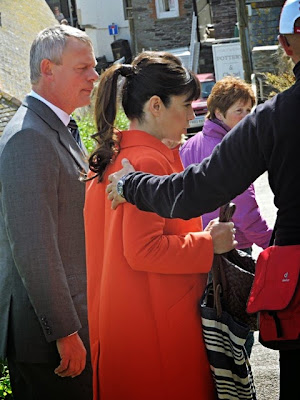 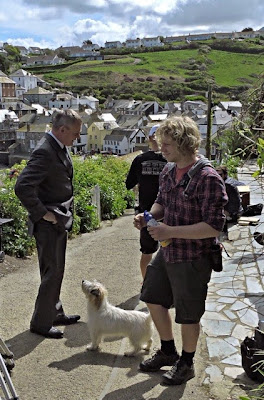 Keep reading about Karen Gilleland's adventure and check out more photos HERE.
Posted by Hod at 21:51