‘Doc Martin’s’ Martin Clunes on His Character’s Season 7 Arc: ‘We Never Want to Cure Him’ 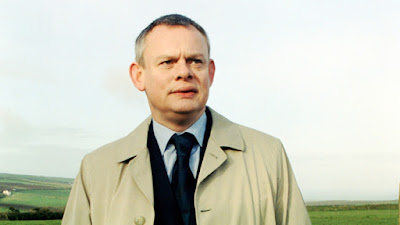 The doctor is in, once again. Season seven of fan-beloved British dramedy “Doc Martin” makes its U.S. debut on Thursday, and star Martin Clunes is excited for his American fans to see what’s in store for the dwellers of Portwenn in the episodes to come.

Clunes stars as the grouchy Dr. Martin Ellingham on the ITV series, bringing his medical services to a sleepy Cornish town after he must leave his post as a top London surgeon when he develops a fear of blood. Season six ended on a question mark as Ellingham’s beloved Louisa (played by Caroline Catz) and their baby were headed for Spain without him.

Calling in from his home in Dorset, Clunes spoke to Variety about the future of the series, the (vast) difference between the show’s British fans and its American ones, and whether Doc’s rudeness ever goes too far.

Doc has been on quite an emotional trip through the first six seasons. After that cliffhanger, what can we expect for his emotional state?

He’s in a bad place at the end of season six. When we meet him, he’s really lonely, really sad, but aware that he needs to make a change. With the help of his aunt, he’s got enough self-awareness to know that he needs some kind of therapy. But he’s sort of in denial about that because it doesn’t sit well with his beliefs. I start seeing a therapist, who quite soon asks if she can meet Louisa as well.

What did you think when you got that script?

We have to be medically accurate in this country. If you’re going to put it on the TV, it has to be correct procedurally. We hired a therapist who was a friend of one of our producers to sit in and have discussions with the writers. She turned out to be a fan of the show. She said, “Never mind him getting therapy. What about her?”

We just knew that Caroline would enjoy playing that. “What do you mean me?” Sure enough, they were a real joy to play, all the therapy scenes, both with and without Caroline.