The Other Days Filming

Below are some photos and an excerpt from the blog of Doc Martin Lover, who recently spent some time on set as an extra. You can read the rest HERE! 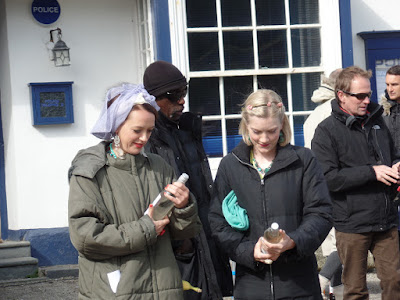 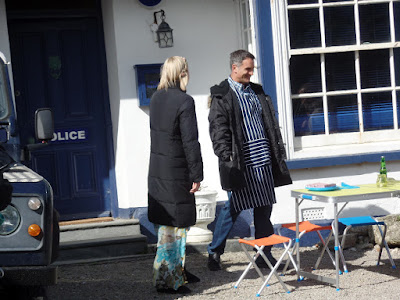 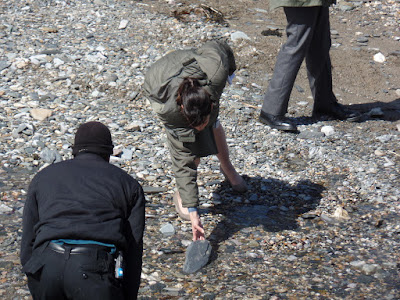 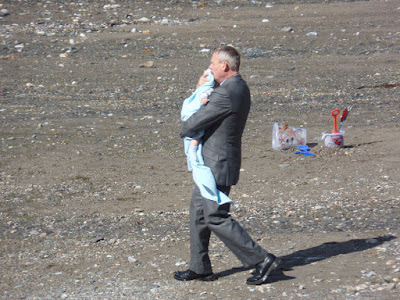 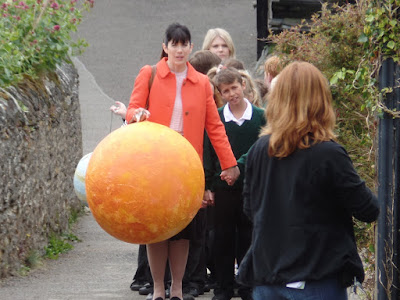 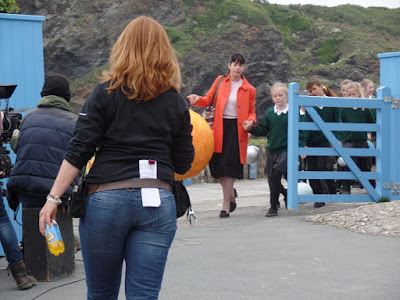 Now that I have written about the day I spent on the set being involved with the filming, I wanted to describe some things I noticed while I was simply watching. In total my husband and I were in Port Isaac renting a house at the top of Fore Street for 12 days. We arrived on a Monday and departed the Saturday of the next week. That means we were in Port Isaac for one weekend during which there was, of course, no filming. My day on the set was the first Wednesday we were there and that was extremely fortuitous because after that the weather became erratic to say the least.

We watched some filming on the Tues. after we arrived and I found the location of the so-called filming schedule. I would say two things about posting a schedule: 1. We learned quickly that no schedule could be followed because of the unpredictable nature of the weather, and 2. If they are filming in Port Isaac or Port Gaverne, it’s pretty obvious where they are because of the trucks, equipment and crew swarming around. We happened to be able to go to the top floor of the house we rented and look out across the harbour to Roscarrock Hill and see if anything was happening out there. If there wasn’t any sign of action, we could take a walk down the hill into the village and immediately tell if they were filming there OR we could walk down the other side of the hill into Port Gaverne and quickly see if there was filming going on below. It may be a courtesy to the town and the people who live and work there to post a schedule, but while we were there, and I venture to guess more than 50% of the time, the weather forces a change. I will confess that I exercise a lot and have no trouble walking up and down the steep streets of these adjacent towns; however, the towns are so small and compact that I think anyone could sweep the area in twenty minutes or less to figure out where the filming is taking place.