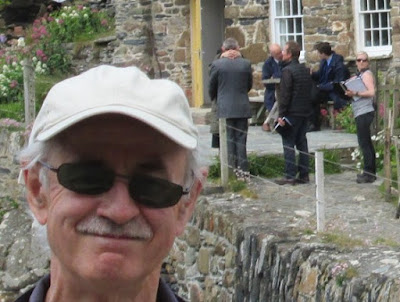 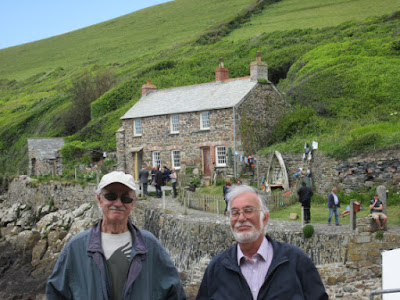 Here’s Bob (edit) and myself, down in Cornwall a week or so ago. We were on the North Coast , touring around, when we came across a bit of unusual activity on the far side of a harbour. ‘Doc Martin’ was being filmed. If you look closely behind Bob’s left ear you will see the back of Martin Clunes’ head ‘rehearsing’ a passionate scene with his missus, Caroline Katz.

We know that Doc Martin is a bit clumsy when it comes to the opposite sex, so we were half hoping to be called in as ‘advisers’ to show him how to charm the ladies. We are still waiting.