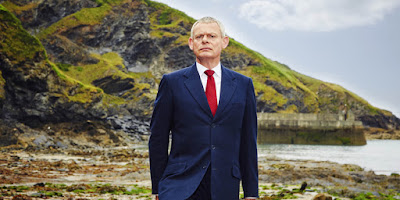 ITV has ordered an eighth series of Doc Martin.

Ian McNeice, who plays Bert Large, confirmed the news whilst speaking to The Mirror.

He explained: "We were all invited by ITV to a dinner to thank us for the ratings we have had in October and November and they were the best we have had so far with seven million viewers - on a par with Downton Abbey and everybody was thrilled about that.

"Everybody in the cast was there and then the Head of ITV gets up and says 'We love Doc Martin and as a vote of confidence we would like to give you one more show'."

He concluded: "So there will be Series 8 and we will make it in the year 2017, because we always have a break in between. The future is rosy. We would all like to do more with Martin and God bless them ITV have said they are going to do more."

It is not clear whether the "one more show" quoted from the ITV executive means that the next series of Doc Martin will be the final run. As one of the highest rated shows on TV it seems unlikely the network would willingly axe the format at present, however the cast have been worried for some time that the show will end soon.

Talking about Series 7 - which concluded an eight-episode run in November - Ian McNeice said: "We all thought that was going to be the end.


Keep reading HERE at the British Comedy Guide.
Posted by Hod at 18:43