Martin Clunes on receiving an OBE, this year’s Buckham Fair and Doc Martin 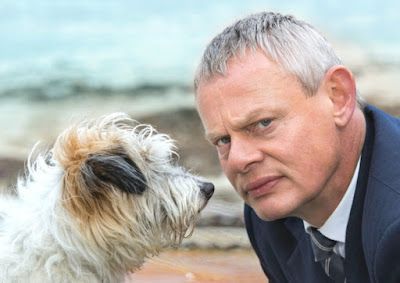 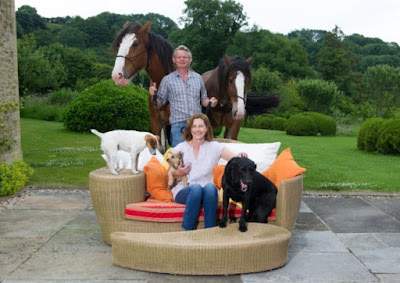 As filming for the seventh series of Doc Martin comes to an end, Martin Clunes OBE is busy preparing for his next starring role at Buckham Fair. Carol Burns caught up with Martin and his furry co-star on set in Port Isaac.

For those unfamiliar with the show, Martin plays the role of the notoriously grumpy Dr Martin Ellingham, a GP with a brusque bedside manner and a phobia of blood that ended his promising surgical career and brought him to Port Wenn. Without giving too much away, in the latest series Doc Martin is trying to mend his relationship with his wife Louisa (Caroline Catz). The couple married in the last series, but their marital harmony was short lived - and Louisa took their son James Henry to Spain.

“The last series was funny but had quite an emotional agenda, this series we are keeping with this - but going back to the comedy,” says Martin. “So I’ll be trying to walking into more door frames!”

Doc Martin is an unlikely romantic hero but his on-again-off-again relationship with Louisa, rather like the one Martin had as Gary Strang with his long suffering girlfriend Dorothy in the hit comedy Men Behaving Badly, proved to be a major attraction of the show. “Right from the start it wasn’t something we could have predicted,” he says. “That’s why people were tuning in. People started saying to me ‘just marry her’ and they would say to Caroline, ‘why do you put up with him?’”

This series will also see the blossoming (or should that be withering) of a relationship, with Doc Martin’s unwanted four-legged companion, the inappropriately-named Buddy, played by eight-year-old Dodger.